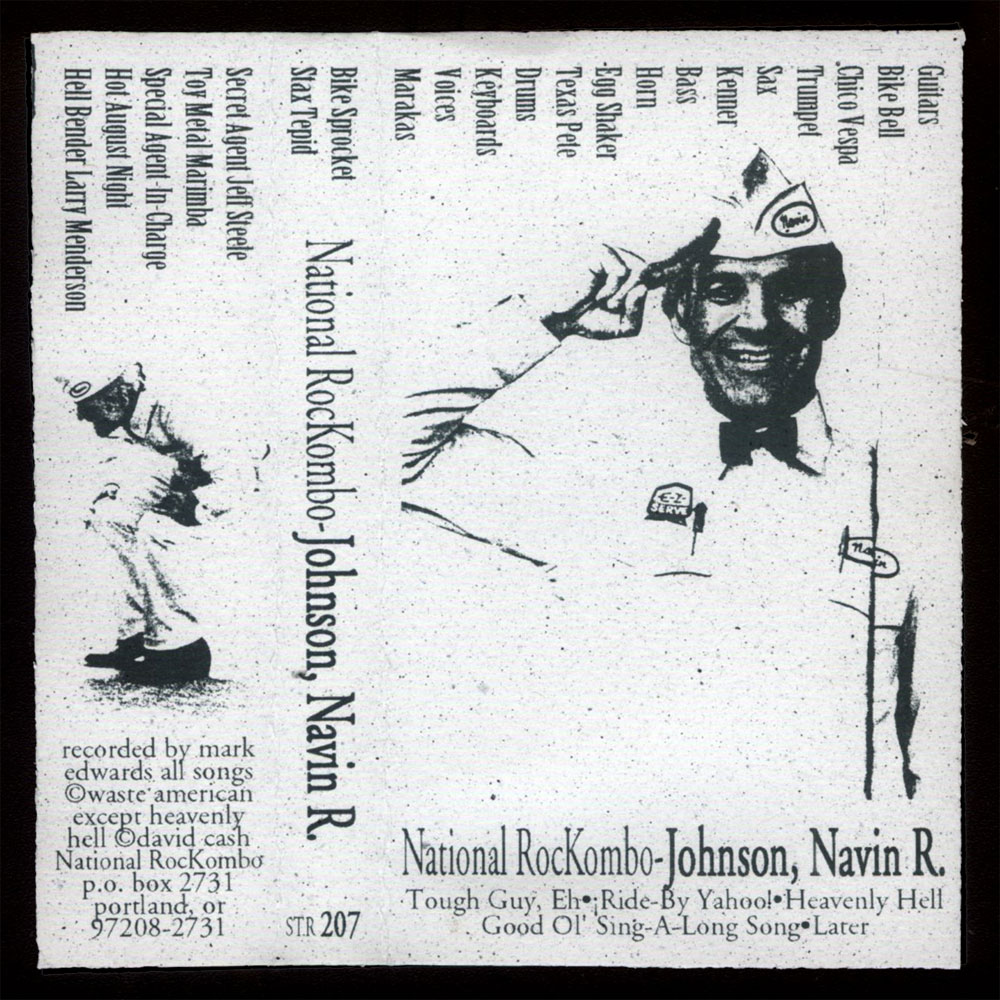 by National RocKombo
Like the namesake of this cassette, the National RocKombo had a special purpose that they never did quite understand. Overwrought on an excessive number of tracks, these songs have the sound of a mad un-genius struggling to cram a lifetime of stupid ideas onto one recording. One song was stolen (âHeavenly Hellâ from Dave Cash of New Orleans, LA), one was conceived in a hazy post-operative dream state (âLaterâ), and another was titled after mishearing the name of Drive Like Jehu (âRide-By Yahooâ). âTough Guy, Ehâ was a weak attempt to write a guitar part like Gar Wood in Tanner, andâ Good olâ Sing Alongâ features both the most poorly executed Neil Diamond samples ever AND the only known use of the word âanadramousâ in a song not written by an ichthyologist. The success of the original release was so spectacular that the band then turned to covering better albums by other people like Hot August Night and Village Green Preservation Society.

Originally self-released on cassette in 1996.

Uploaded by Cornslaw Industries on September 7, 2009